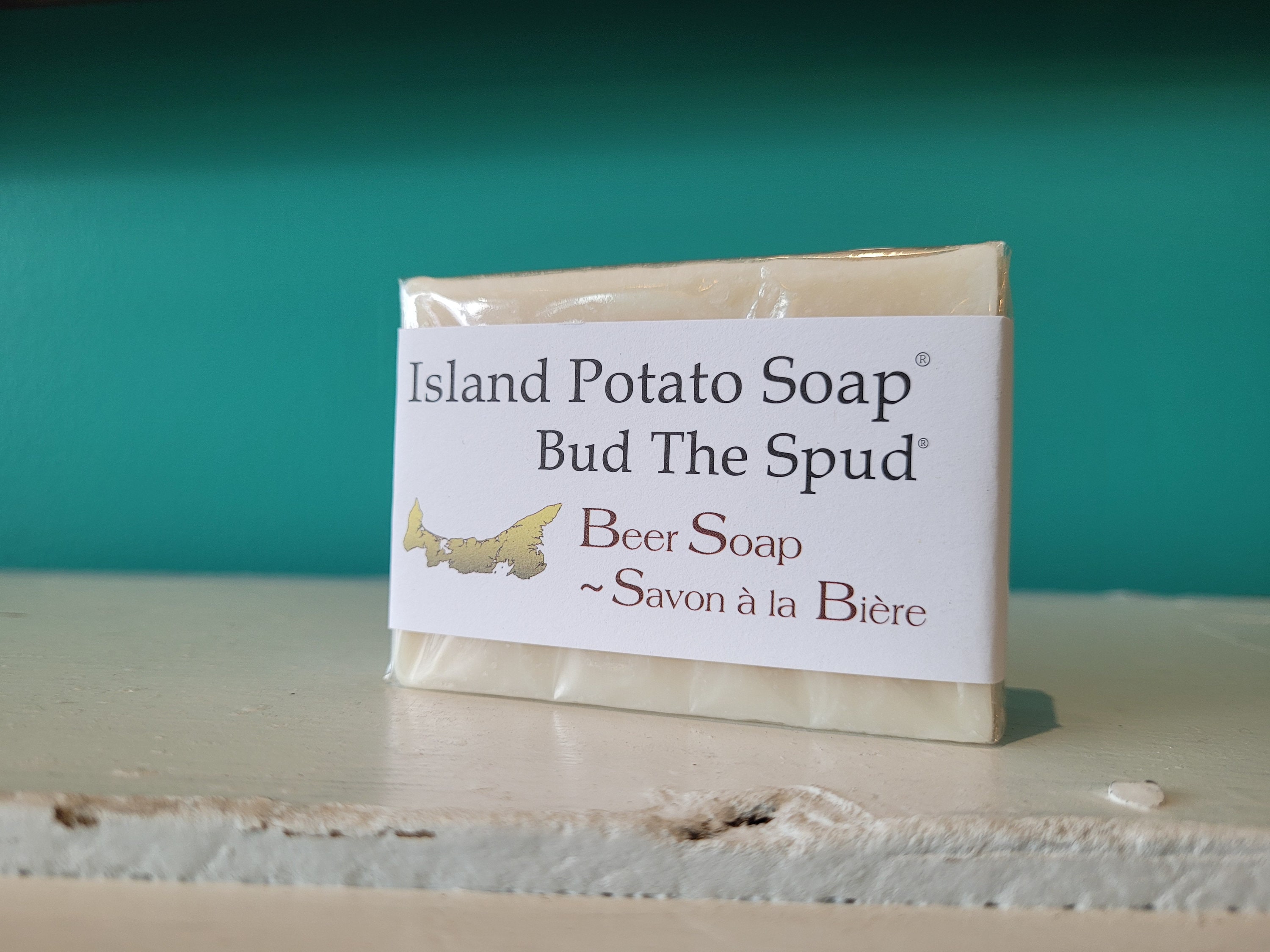 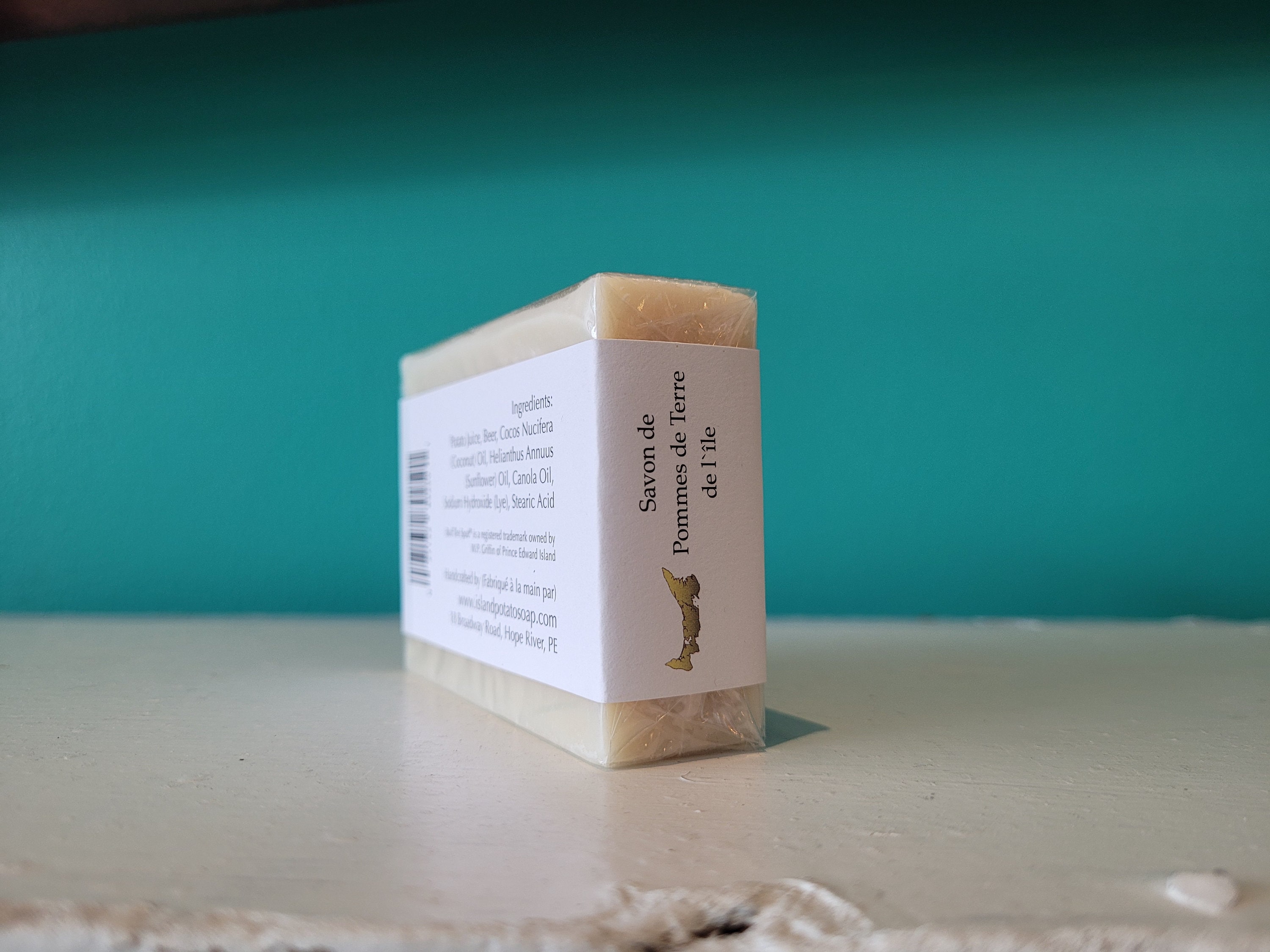 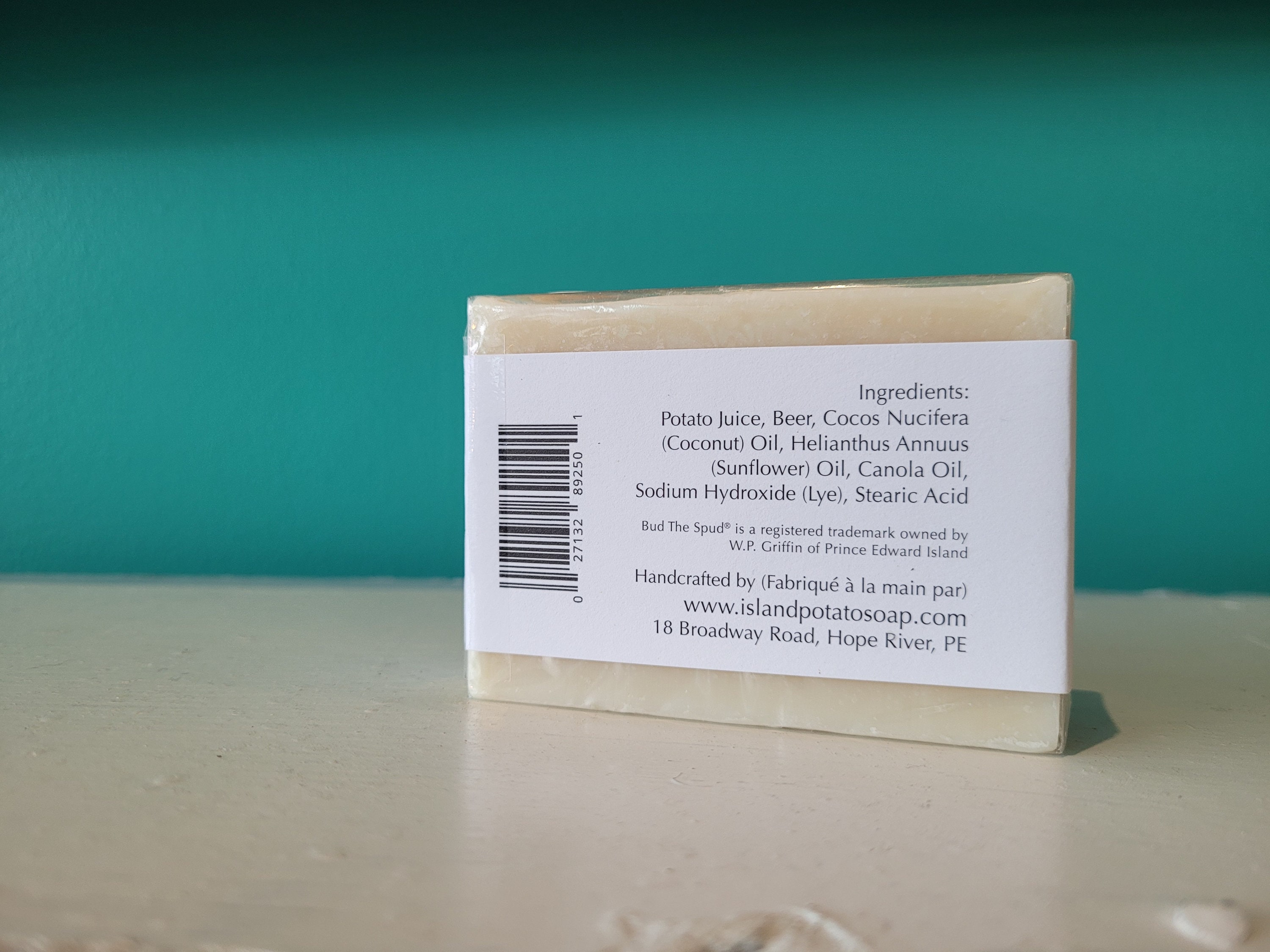 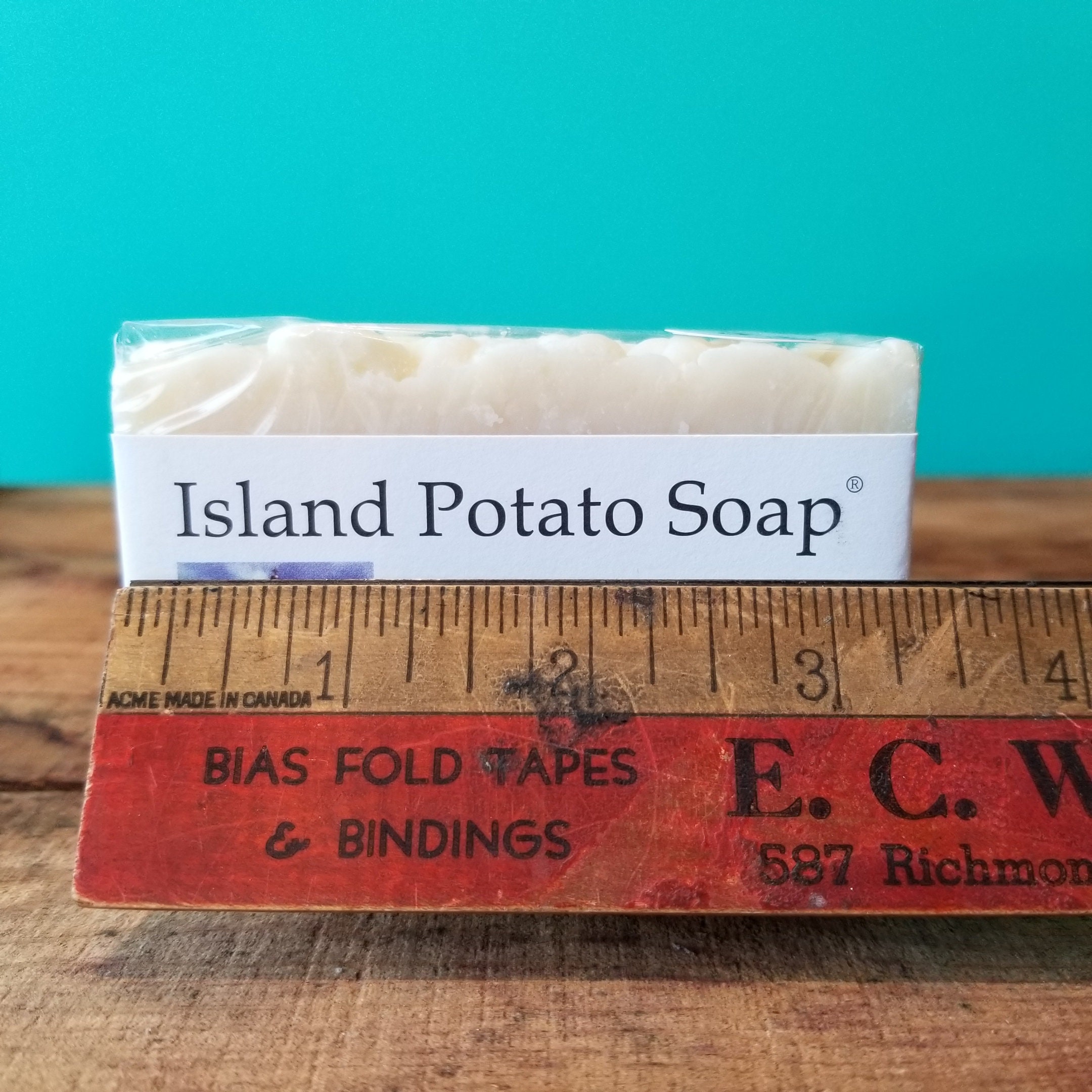 Island Potato Soap contains a significant amount of Vitamin C, approximately 80% of the formulation is made with potato juice and this soap has a splash of beer in the mix. It also contains Camelina Oil, which is rich in Vitamin E. Vitamin E has the reputation as an effective moisturizer and a powerful antioxidant. Our ingredient list also includes Abyssinian Oil which is grown on Prince Edward Island. Island Potato Soaps are very moisturizing and have been meticulously developed to produce a great lather which leaves your skin feeling clean and soft.