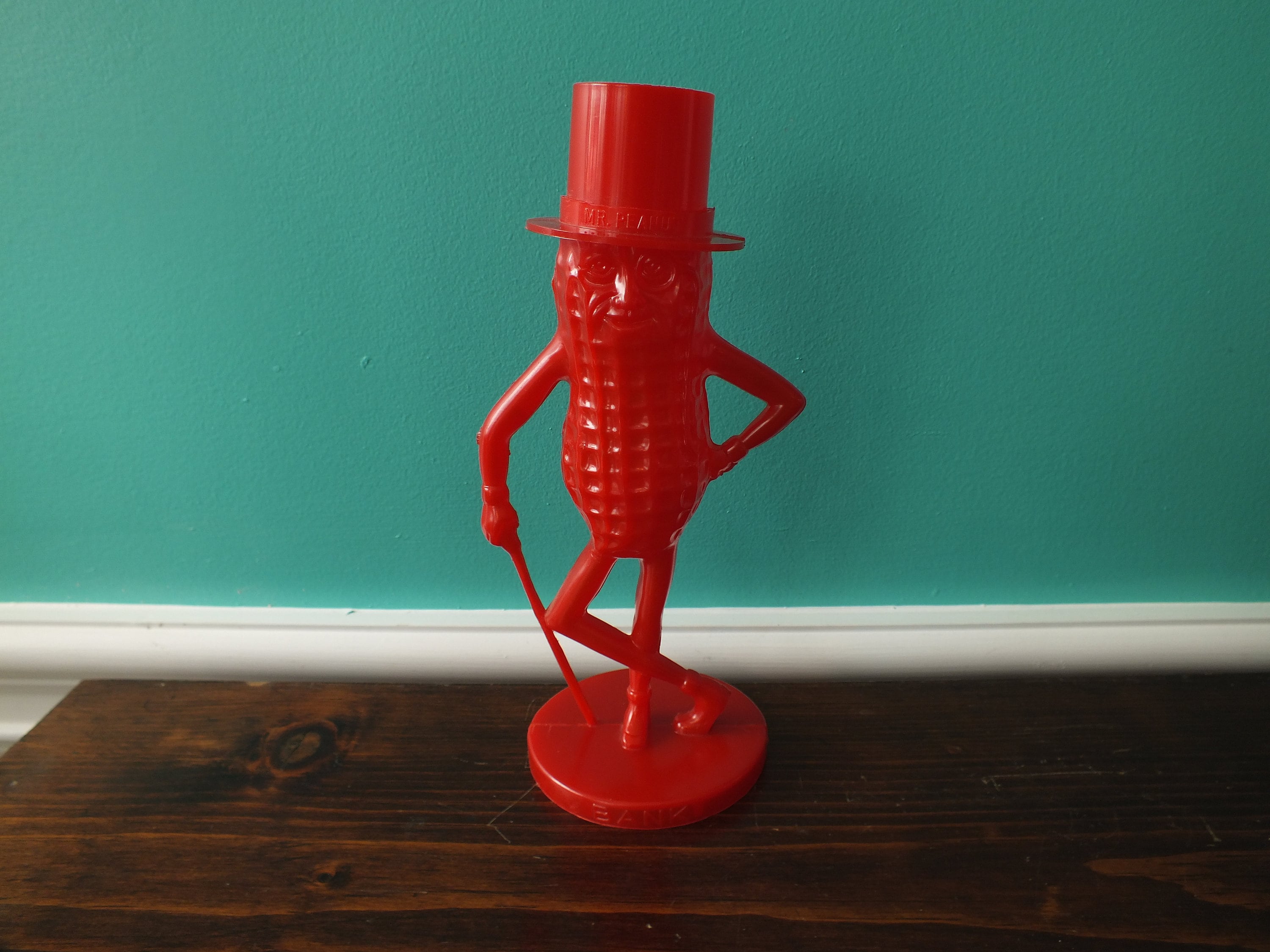 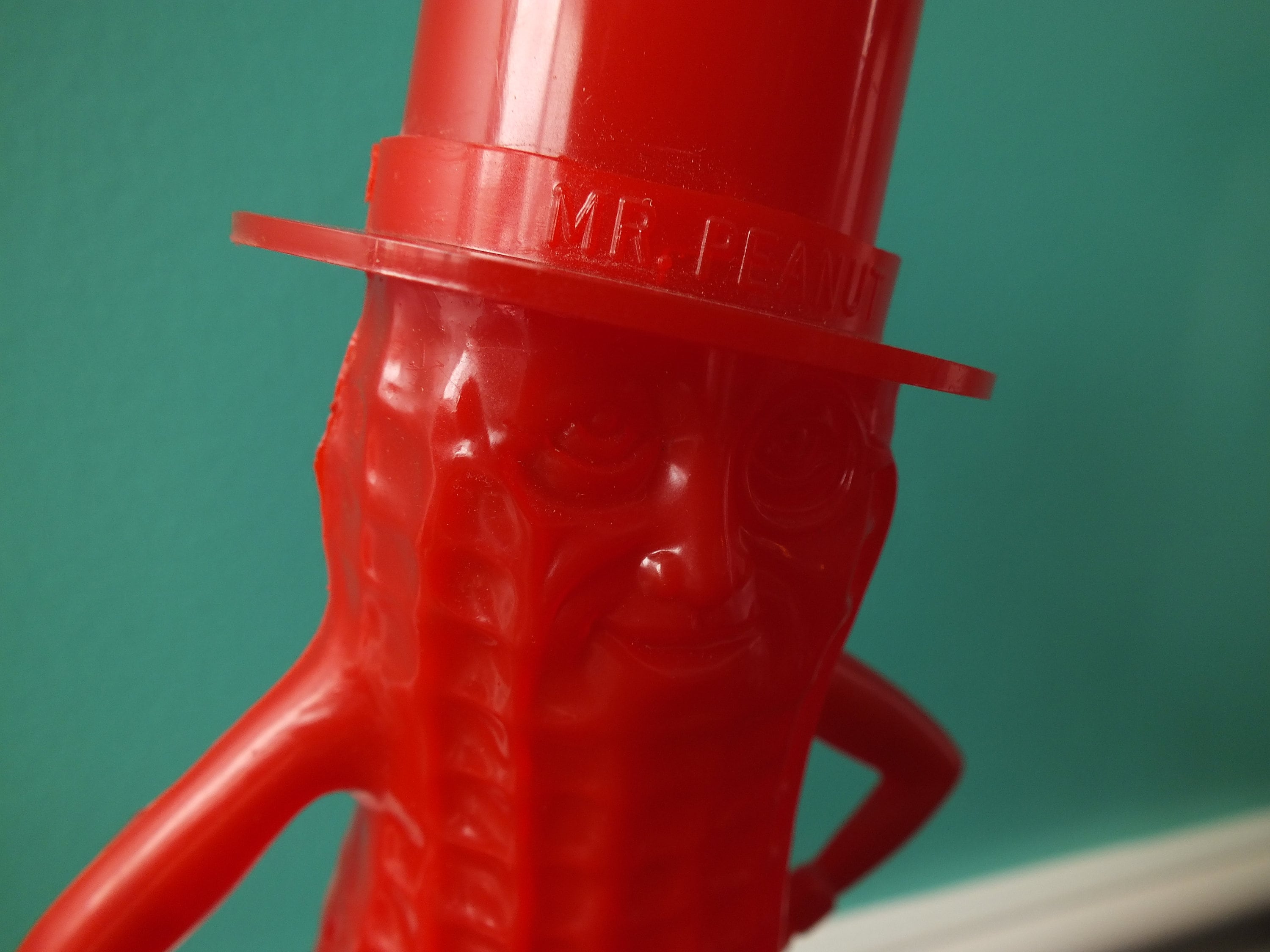 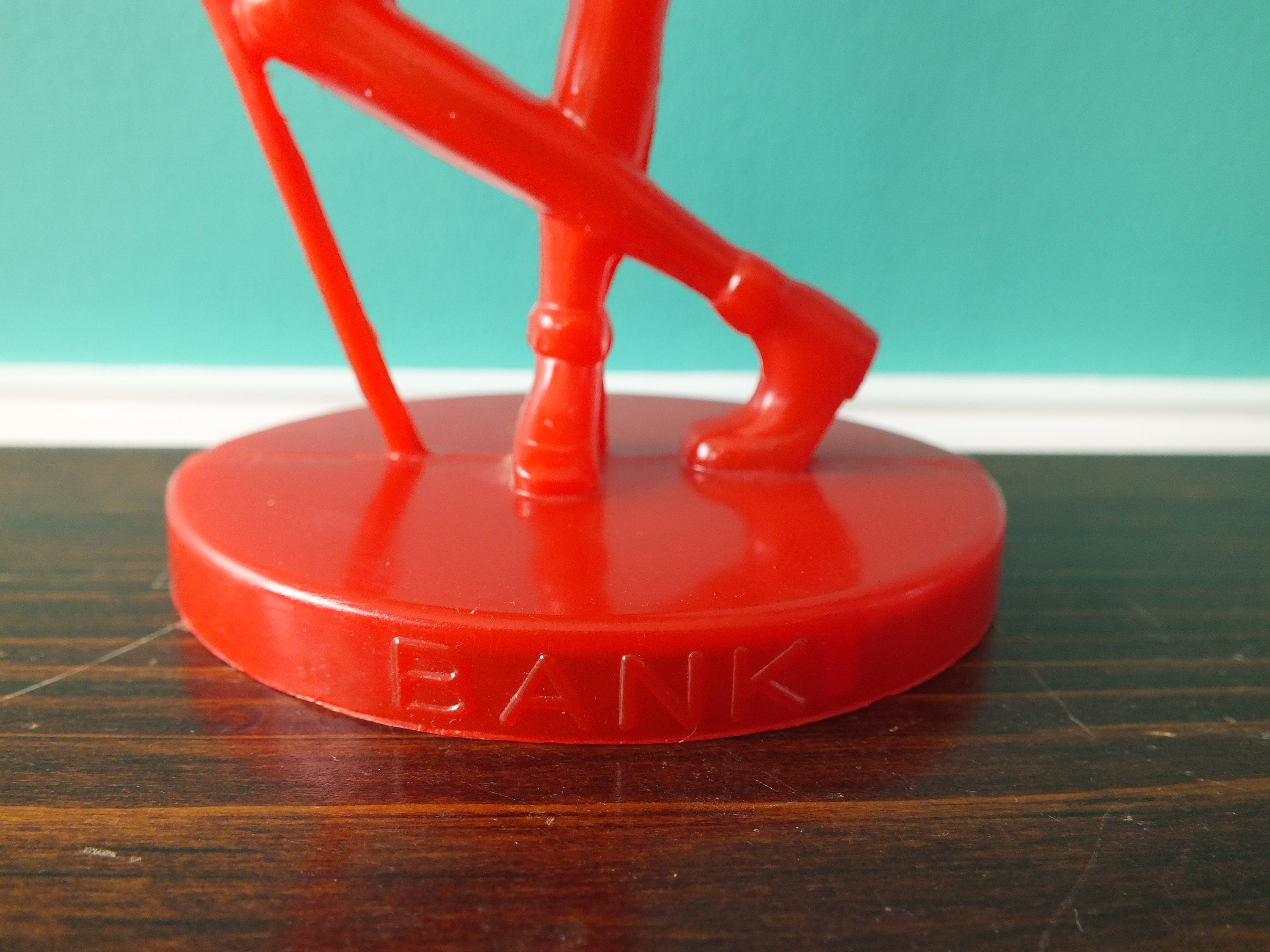 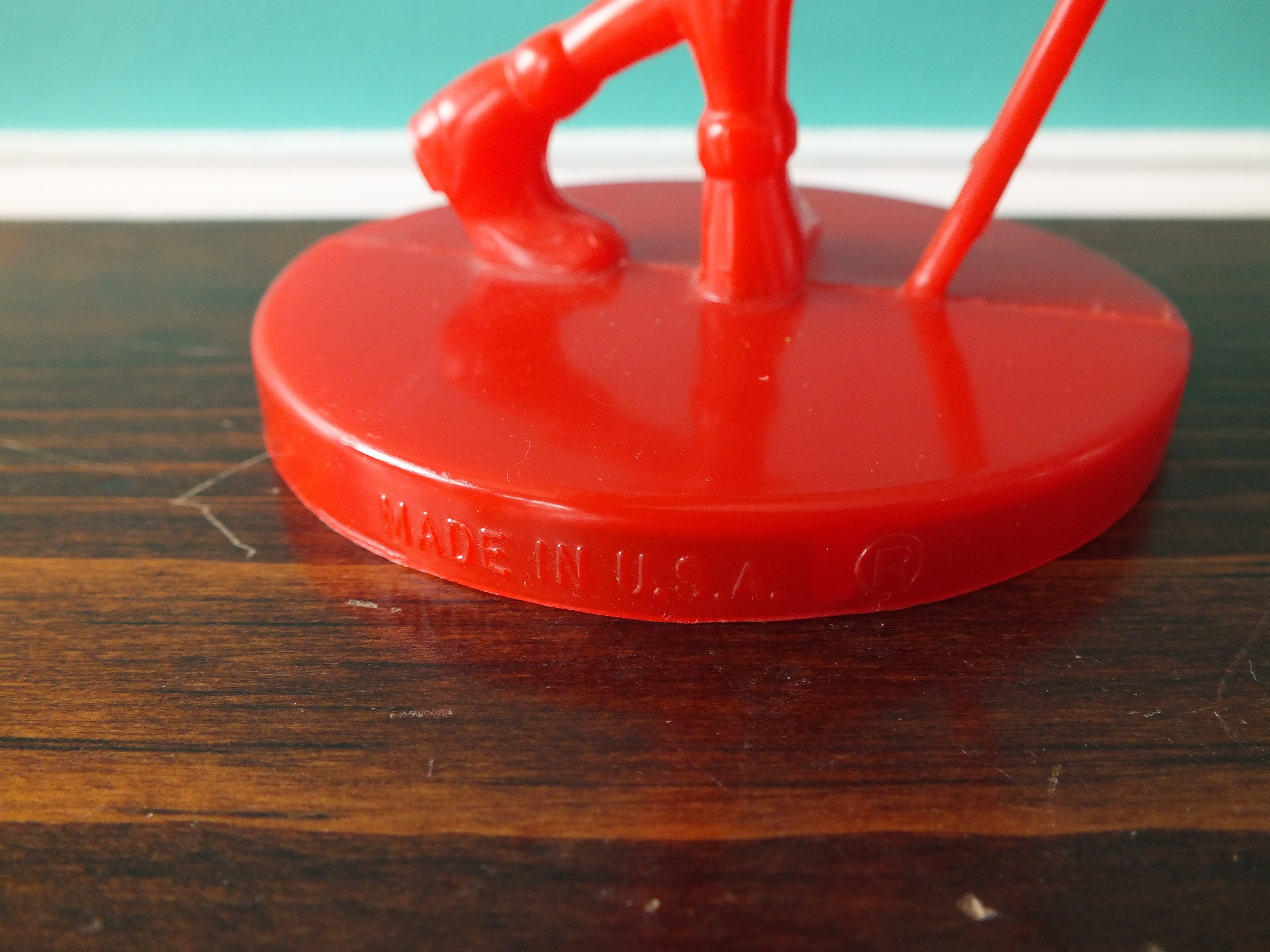 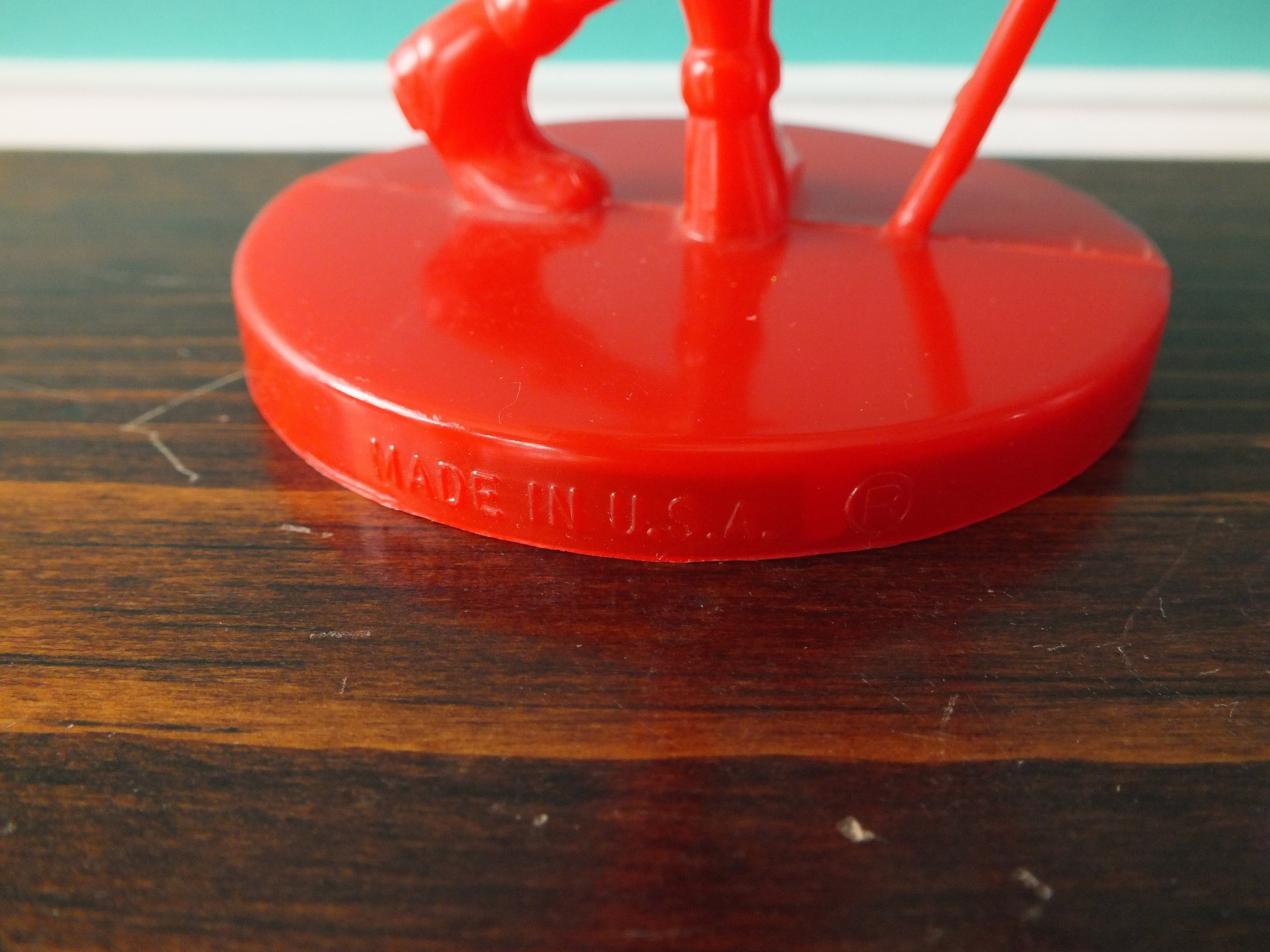 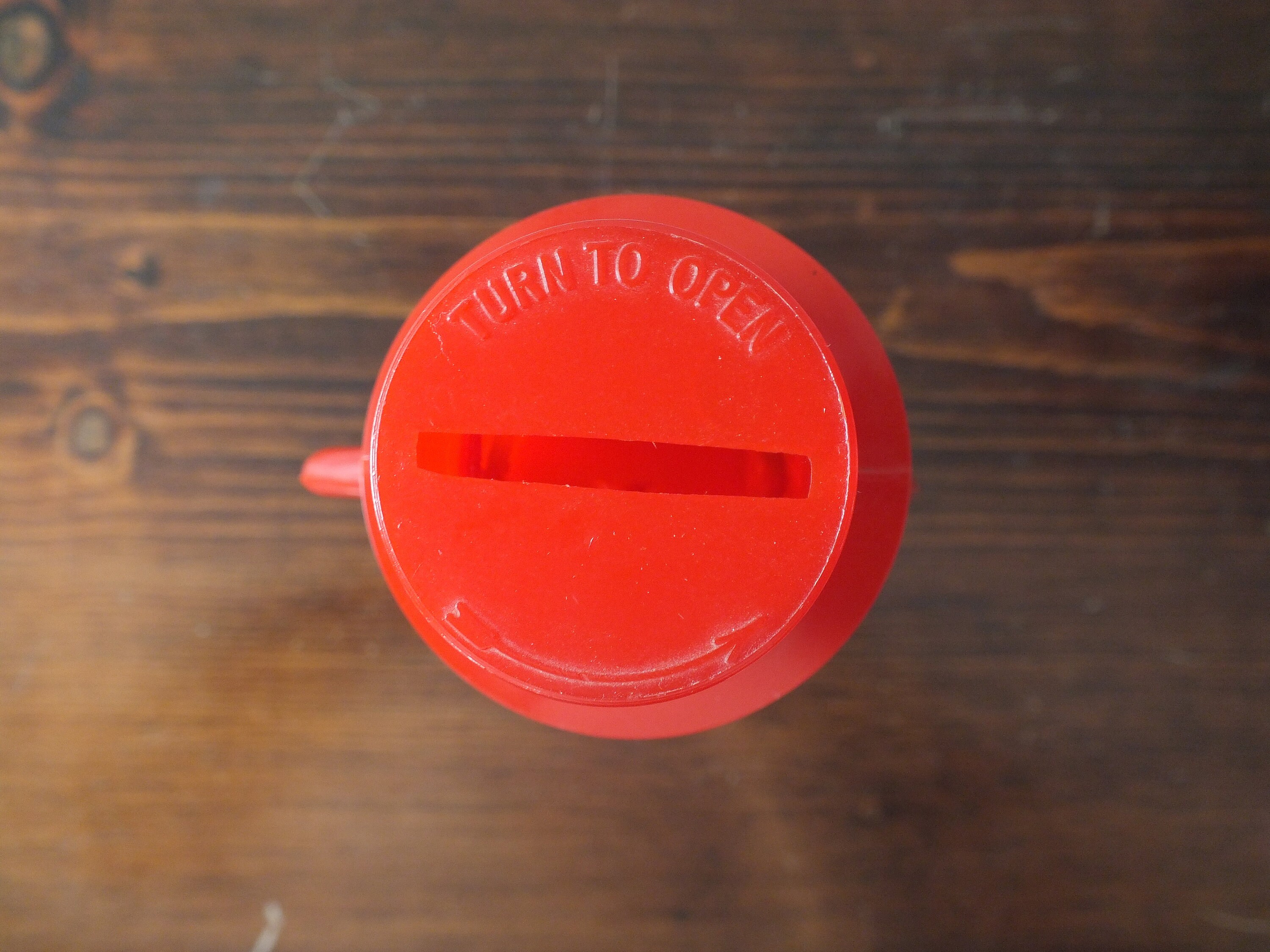 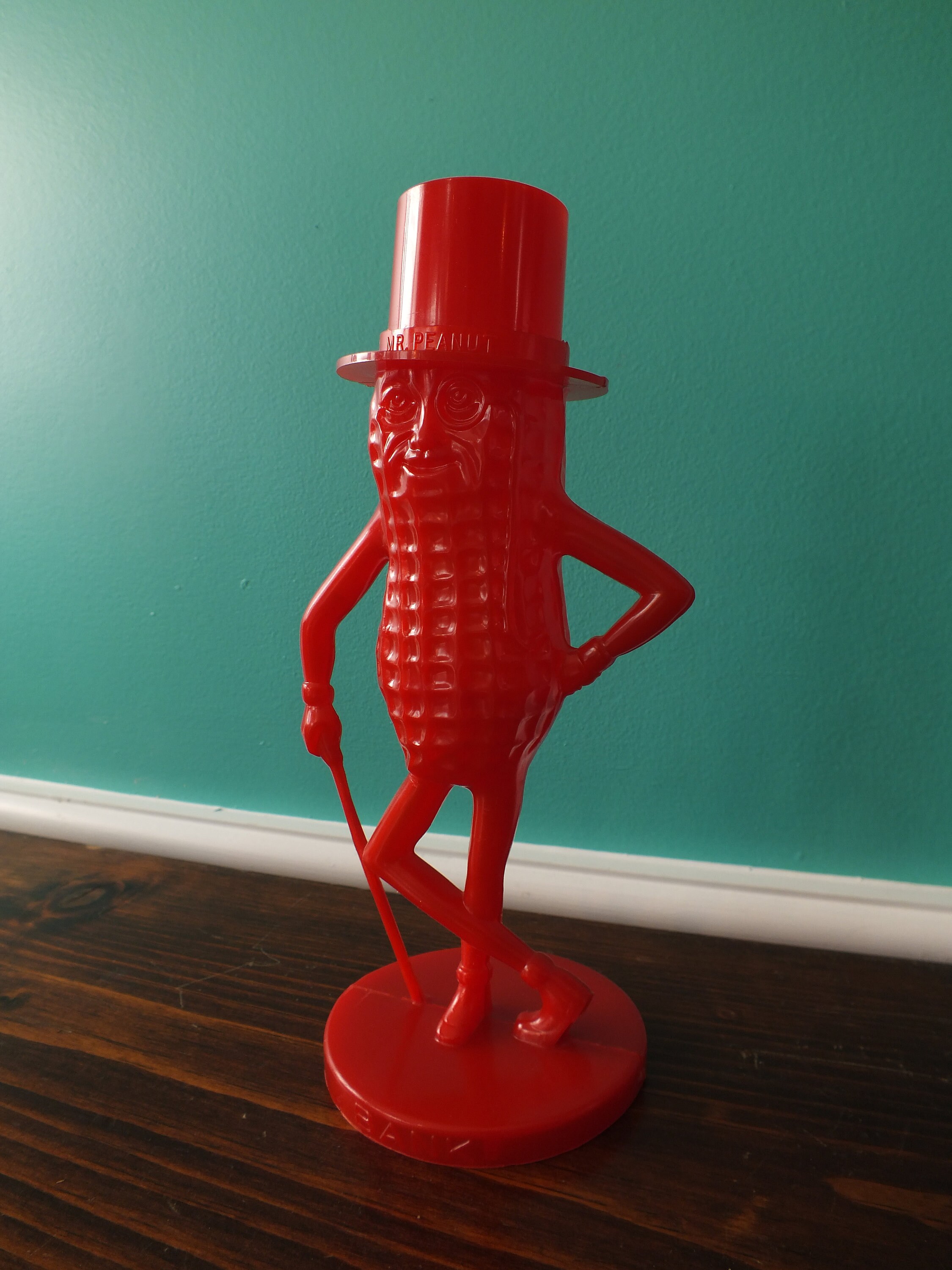 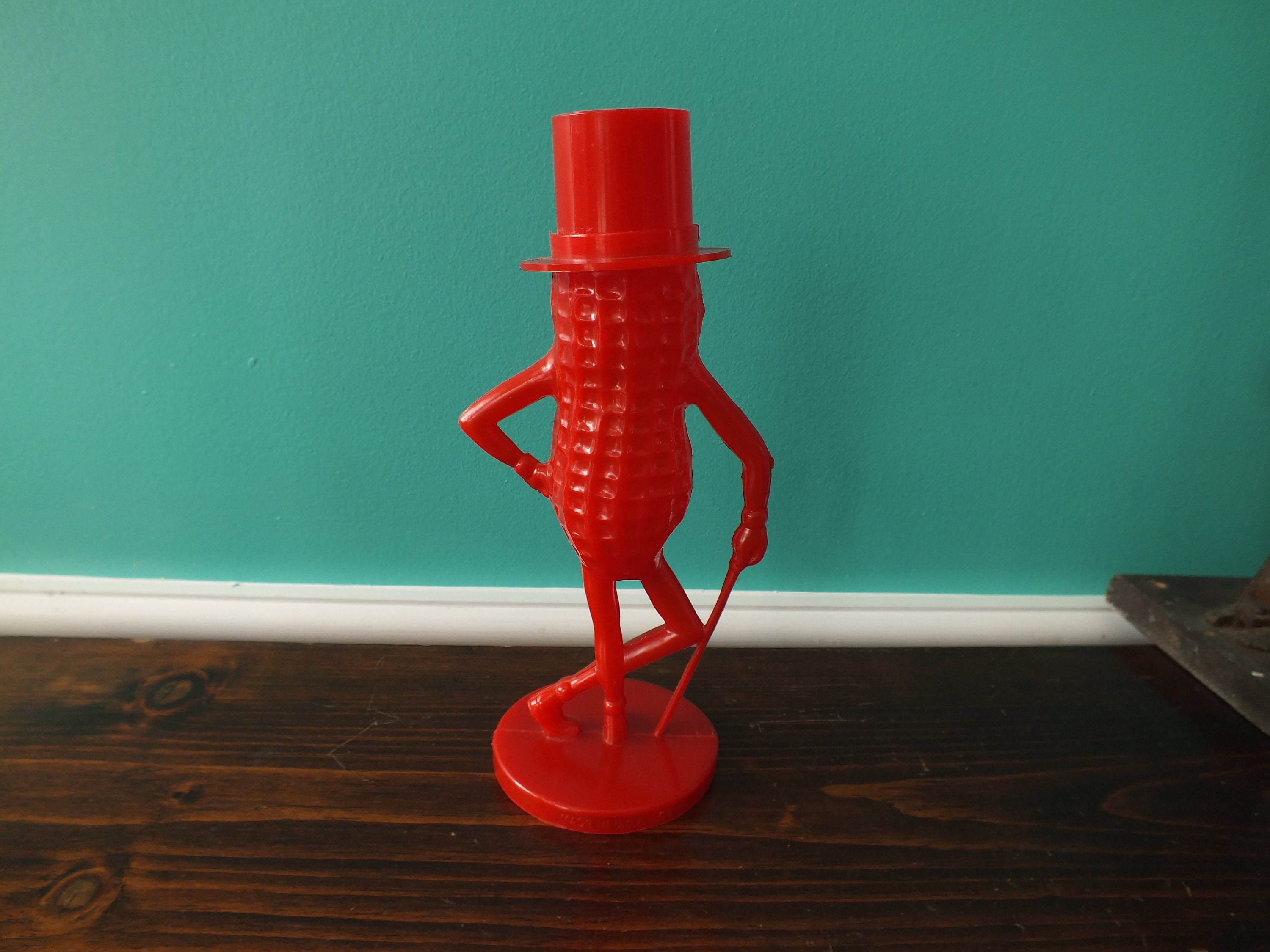 This cool plastic Mr. Peanut coin bank was made in the USA and stands 8 1/2" tall. It is in used condition but appears that use was displaying in a collection. It has no major cracks or scratches, some minor scratching at point of hat that turns but you really gotta be looking for it.
Mr. Peanut is the advertising logo and mascot of Planters, an American snack-food company and division of Kraft Heinz based in Chicago, Illinois. He is reportedly of British heritage and has the proper name of Bartholomew Richard Fitzgerald-Smythe.
On January 22, 2020, the cane-swinging, top hat-wearing, capitalist known as Mr. Peanut was pronounced dead by Planters on Twitter. “We're devastated to confirm that Mr. Peanut is gone,” wrote the nut brand, which has been synonymous with the iconic legume since 1916.