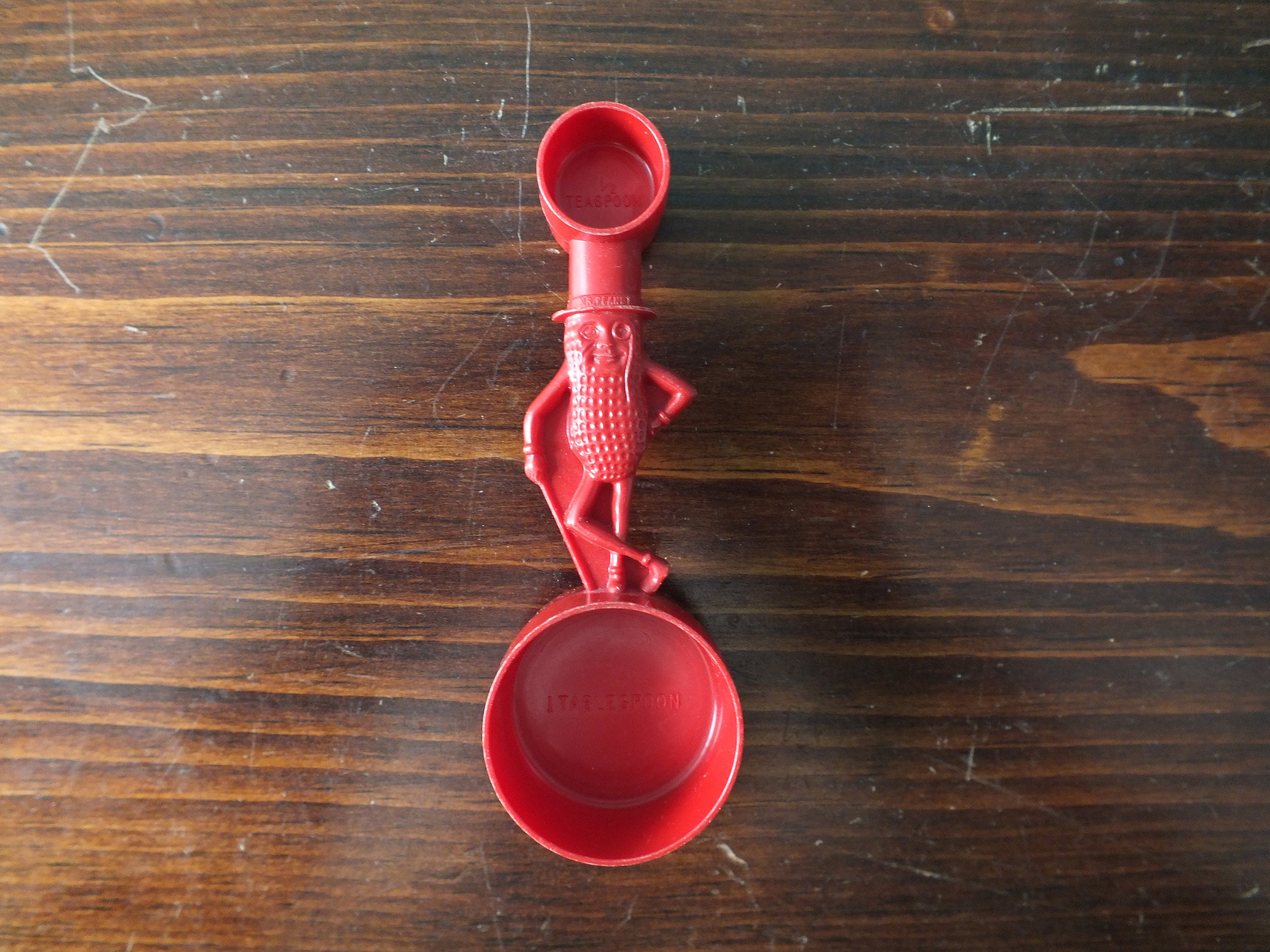 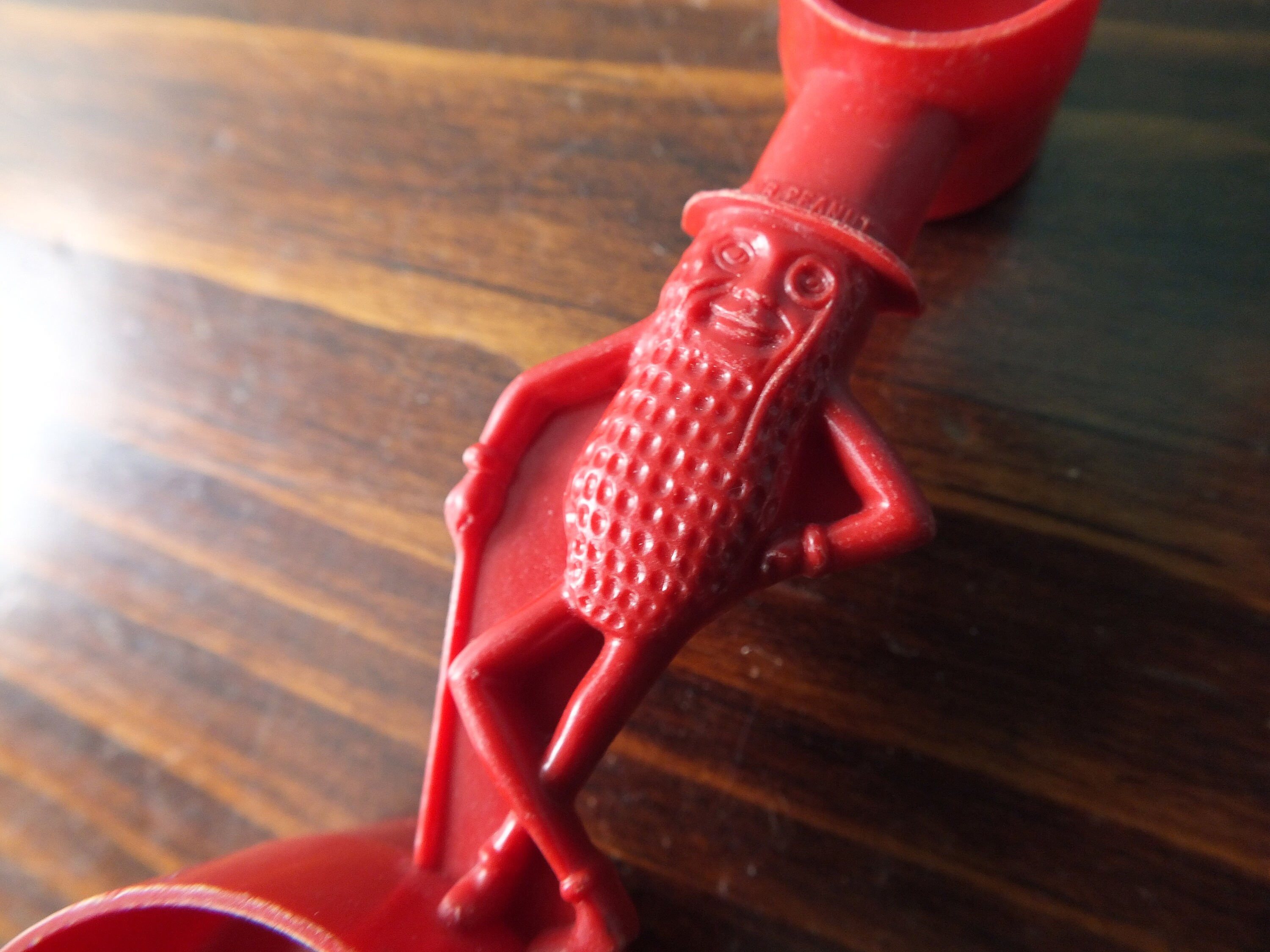 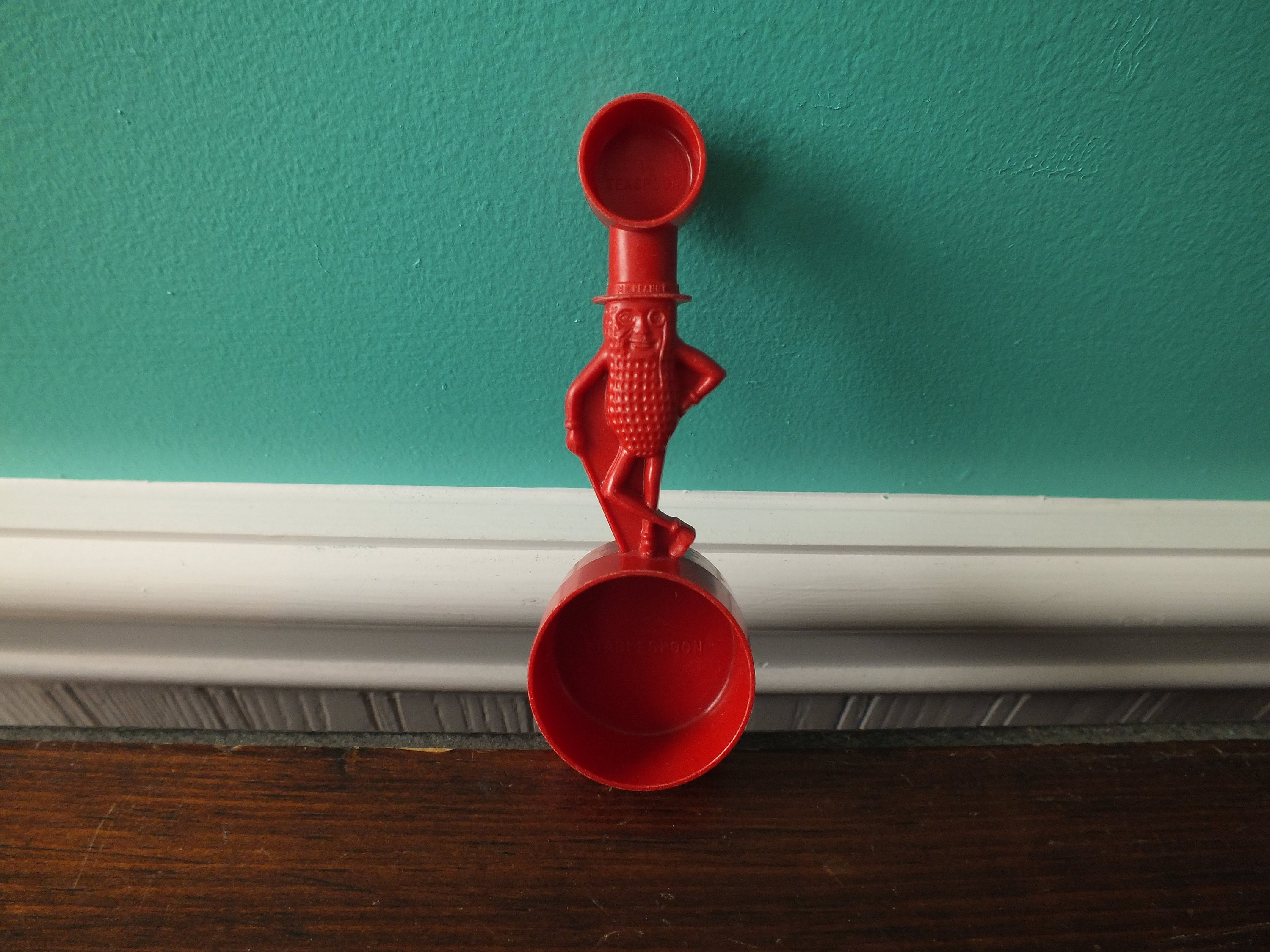 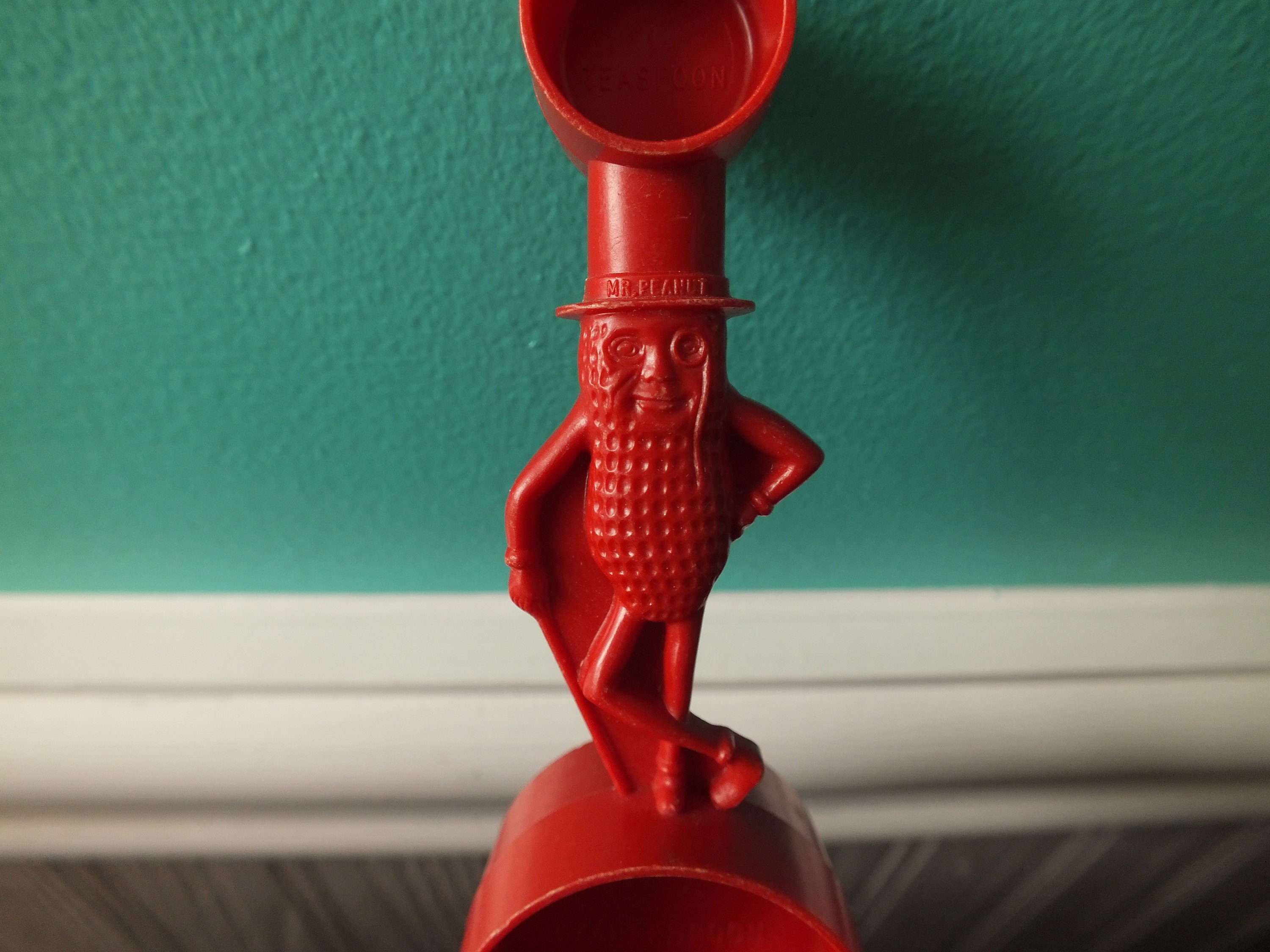 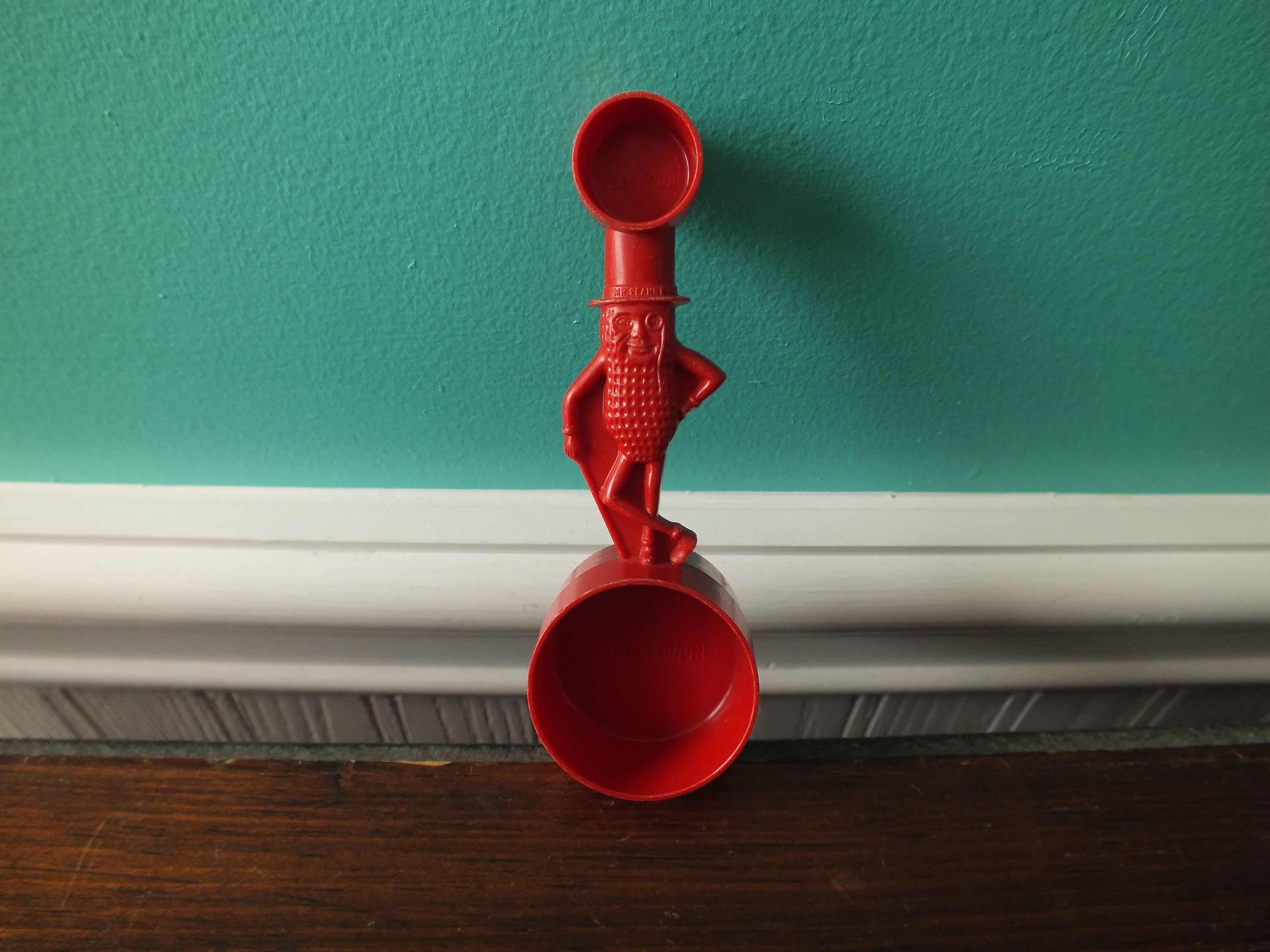 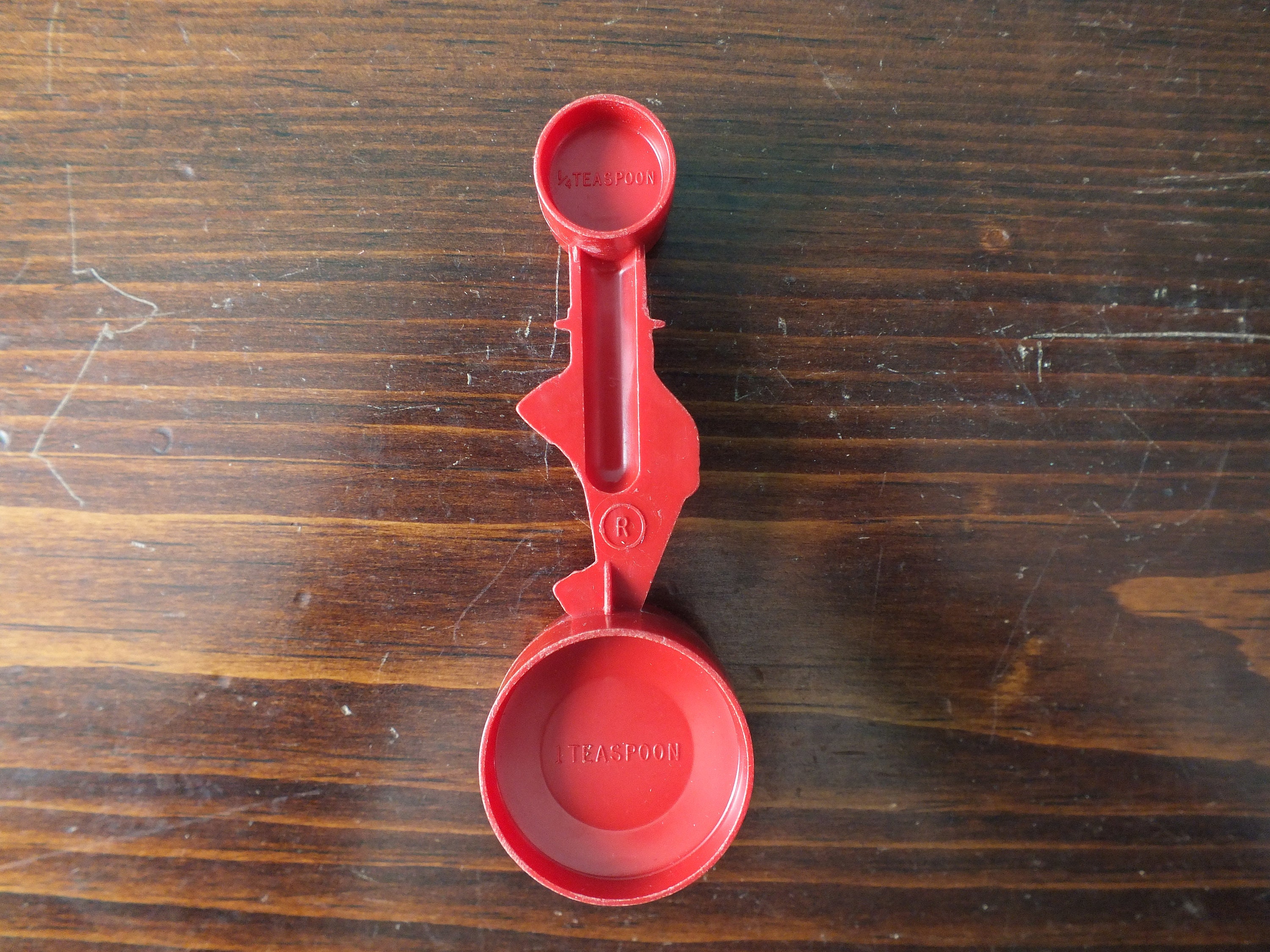 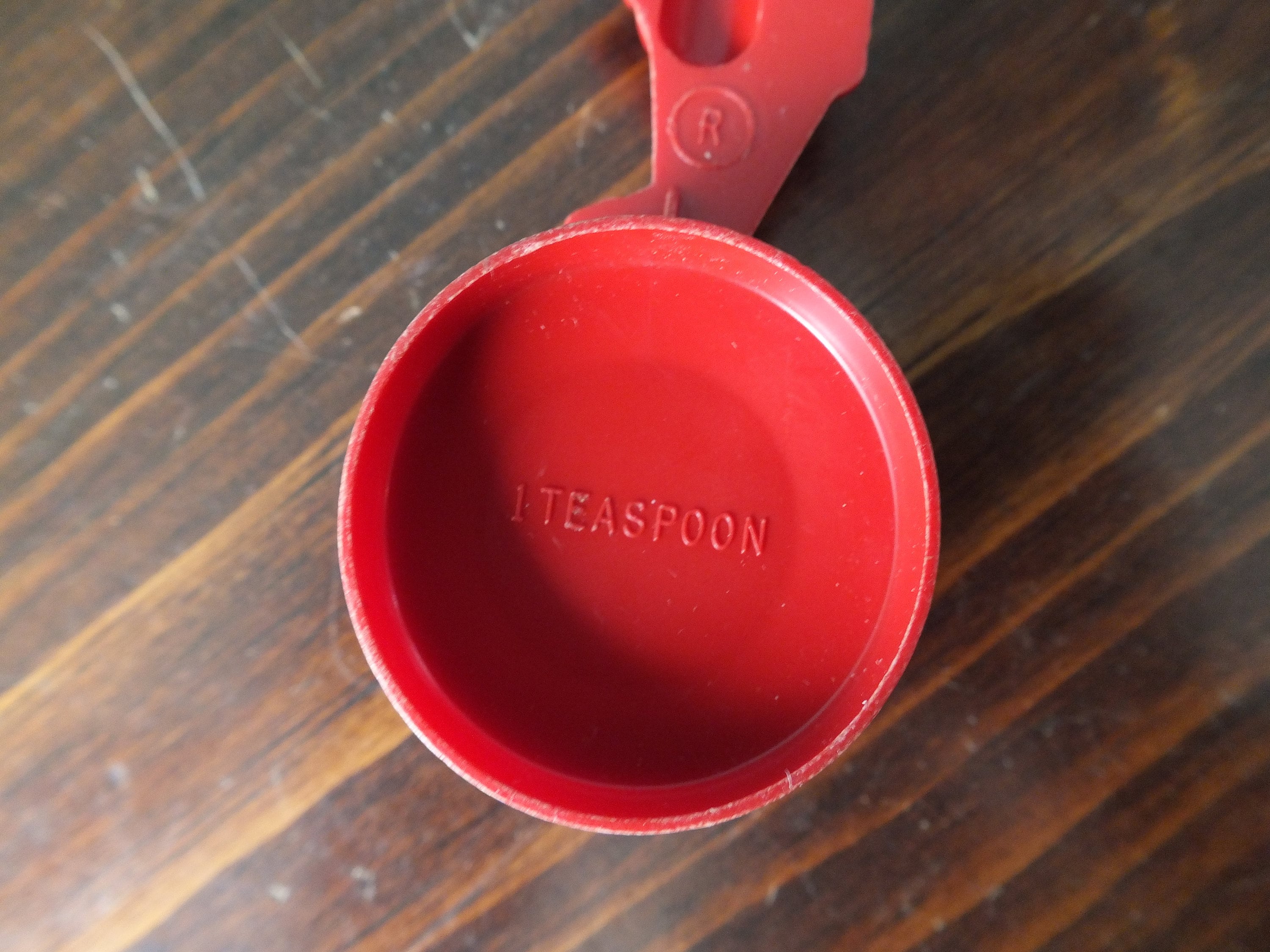 Here is a Mr. Peanut measuring cup that itself measures 4 1/2" x 1 /1/2". It is in used condition but doesn't appear to have been used. It has four cups to measure 1 Tablespoon/ 1 Teaspoon/ 1/2 Teaspoon/ 1/4 Teaspoon. It features Mr. Peanut in the middle, balancing on one while balancing the other on his head.
Mr. Peanut is the advertising logo and mascot of Planters, an American snack-food company and division of Kraft Heinz based in Chicago, Illinois. He is reportedly of British heritage and has the proper name of Bartholomew Richard Fitzgerald-Smythe.
On January 22, 2020, the cane-swinging, top hat-wearing, capitalist known as Mr. Peanut was pronounced dead by Planters on Twitter. “We're devastated to confirm that Mr. Peanut is gone,” wrote the nut brand, which has been synonymous with the iconic legume since 1916.