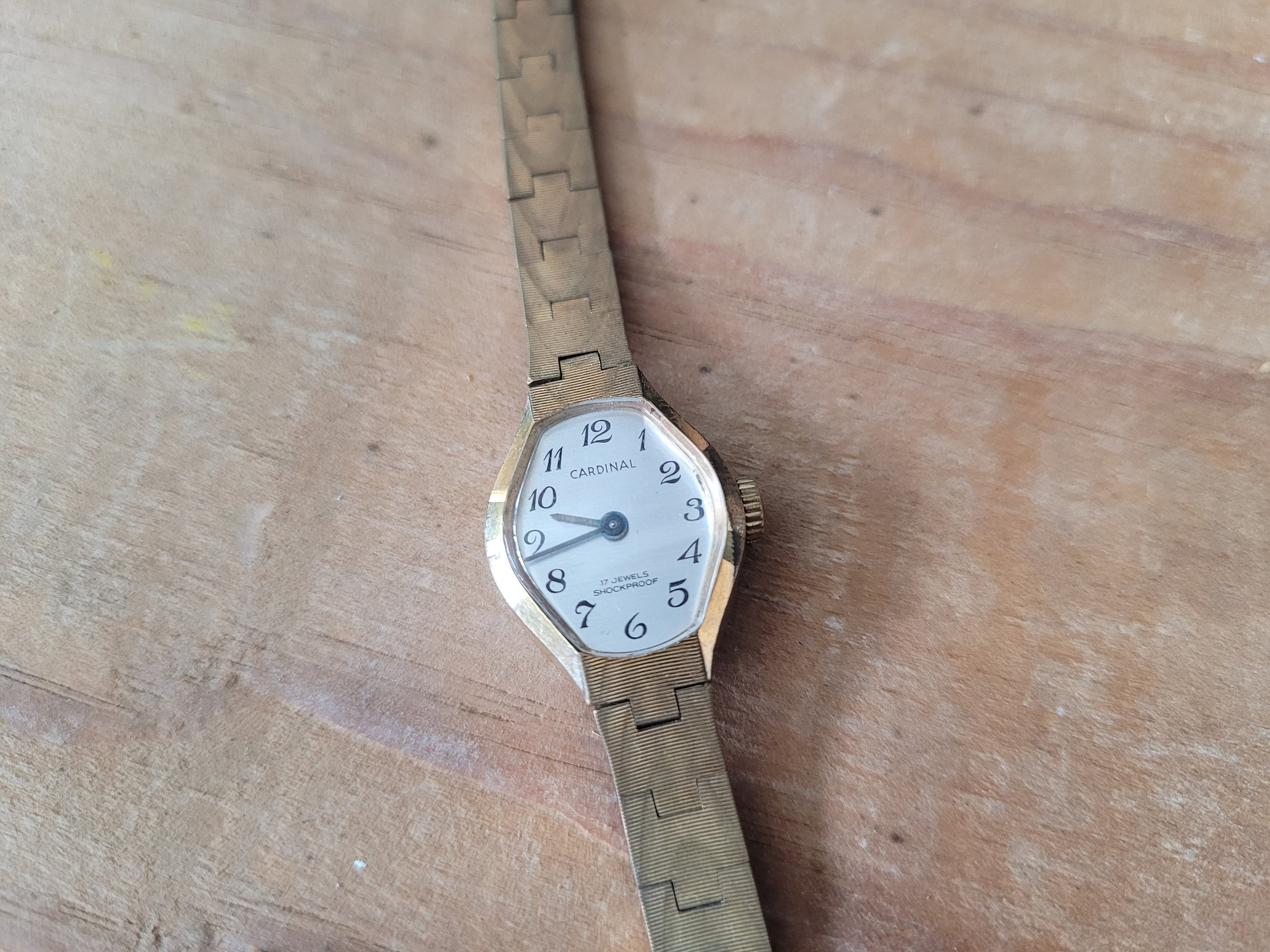 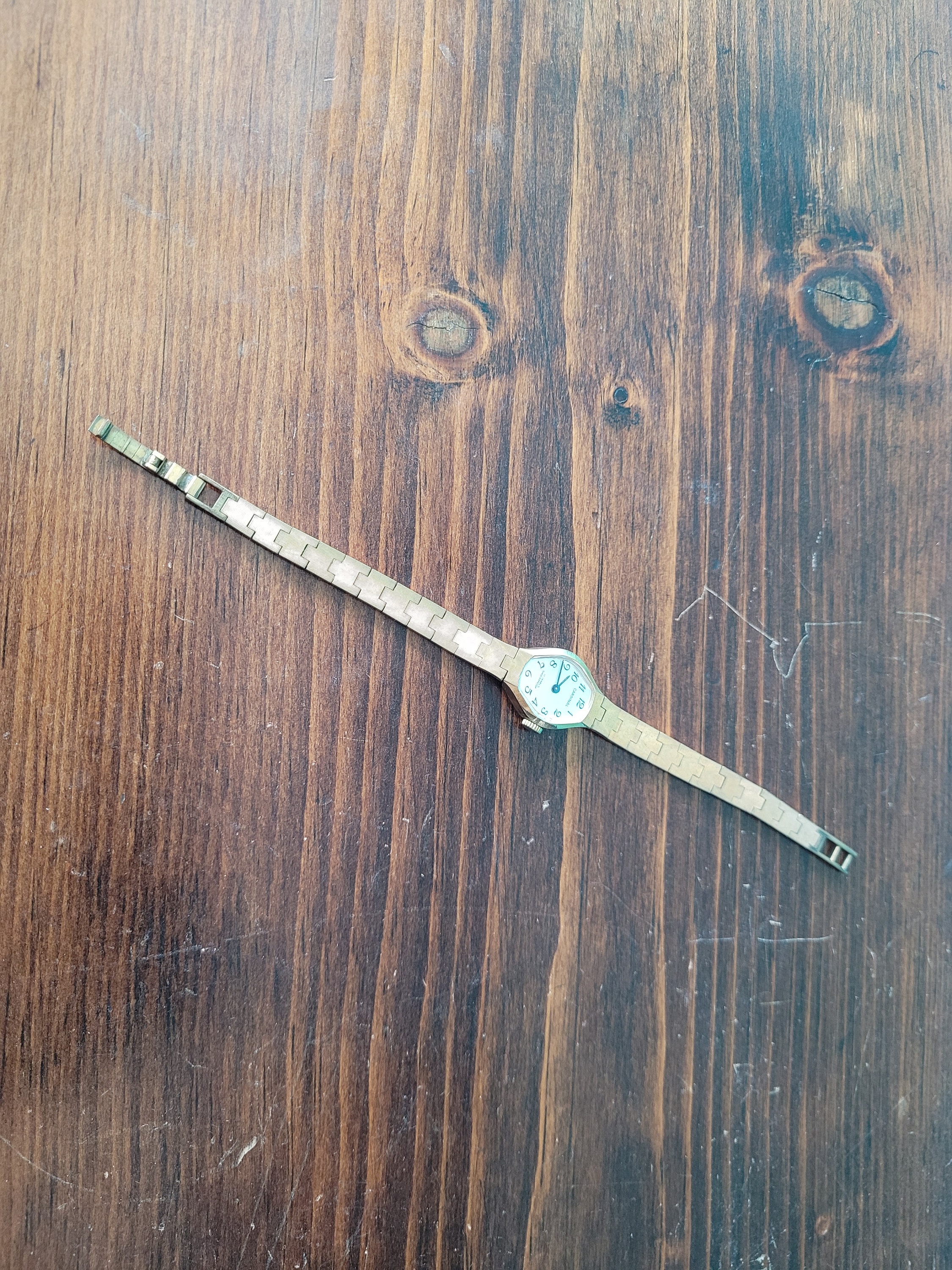 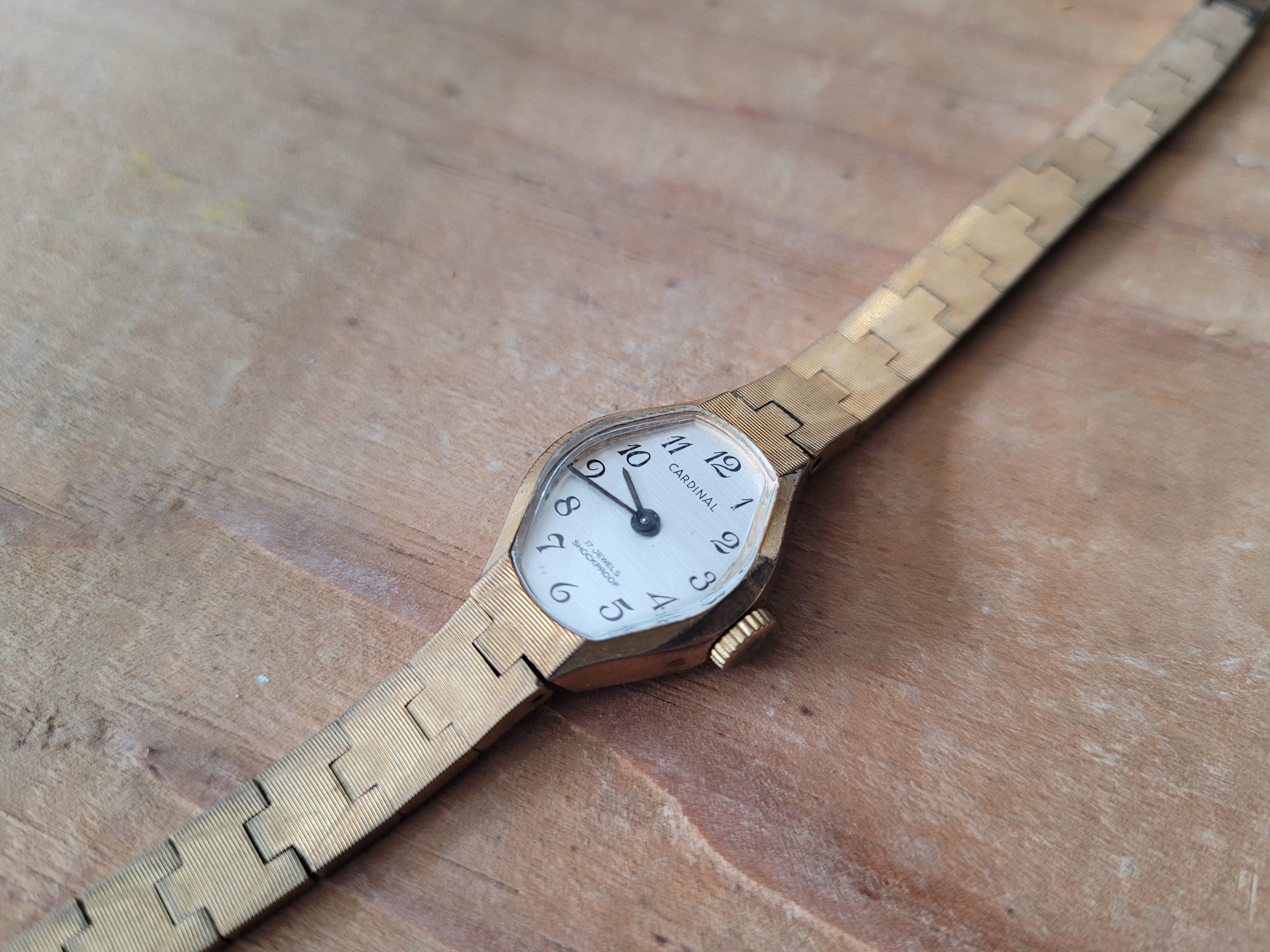 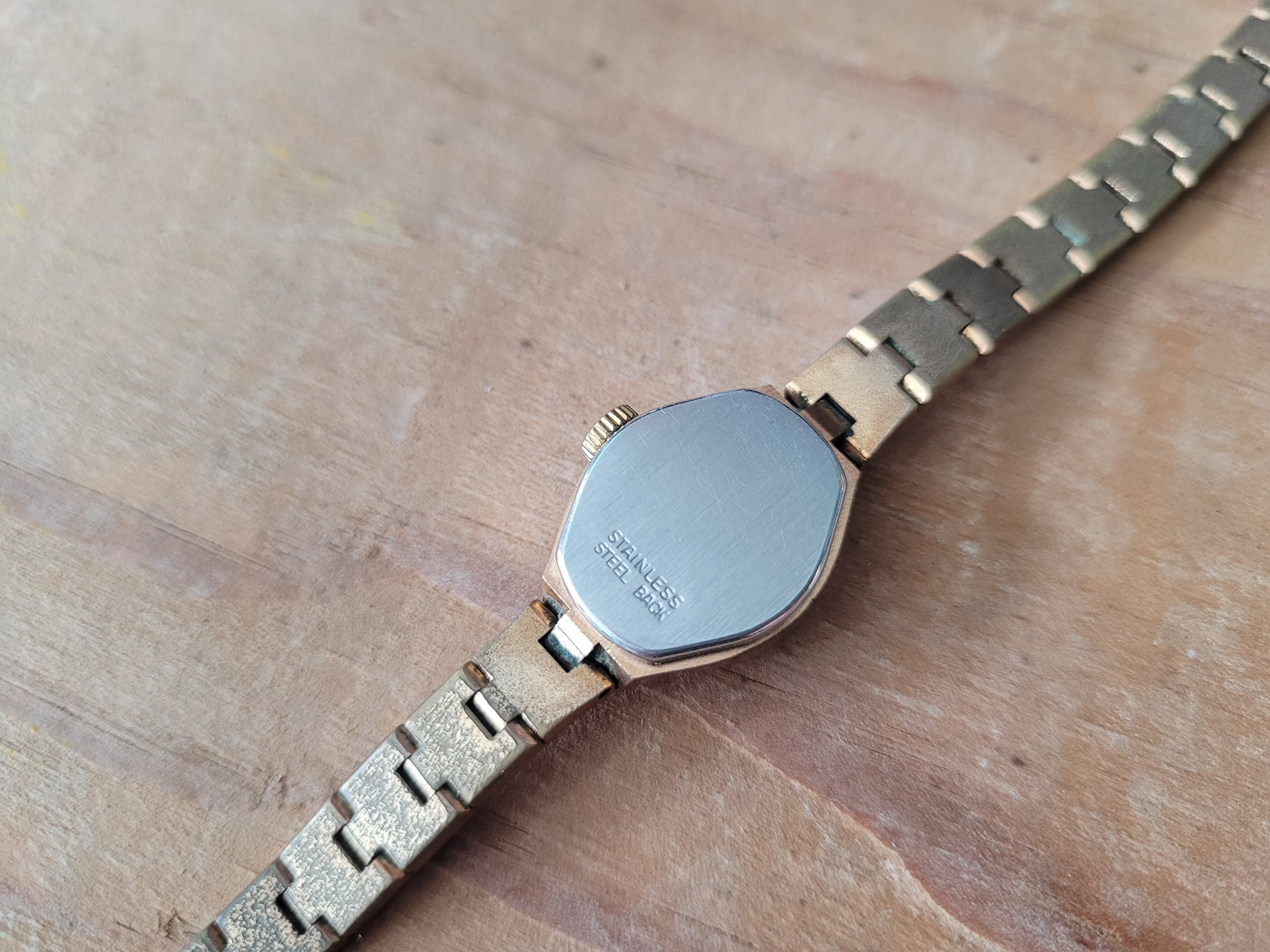 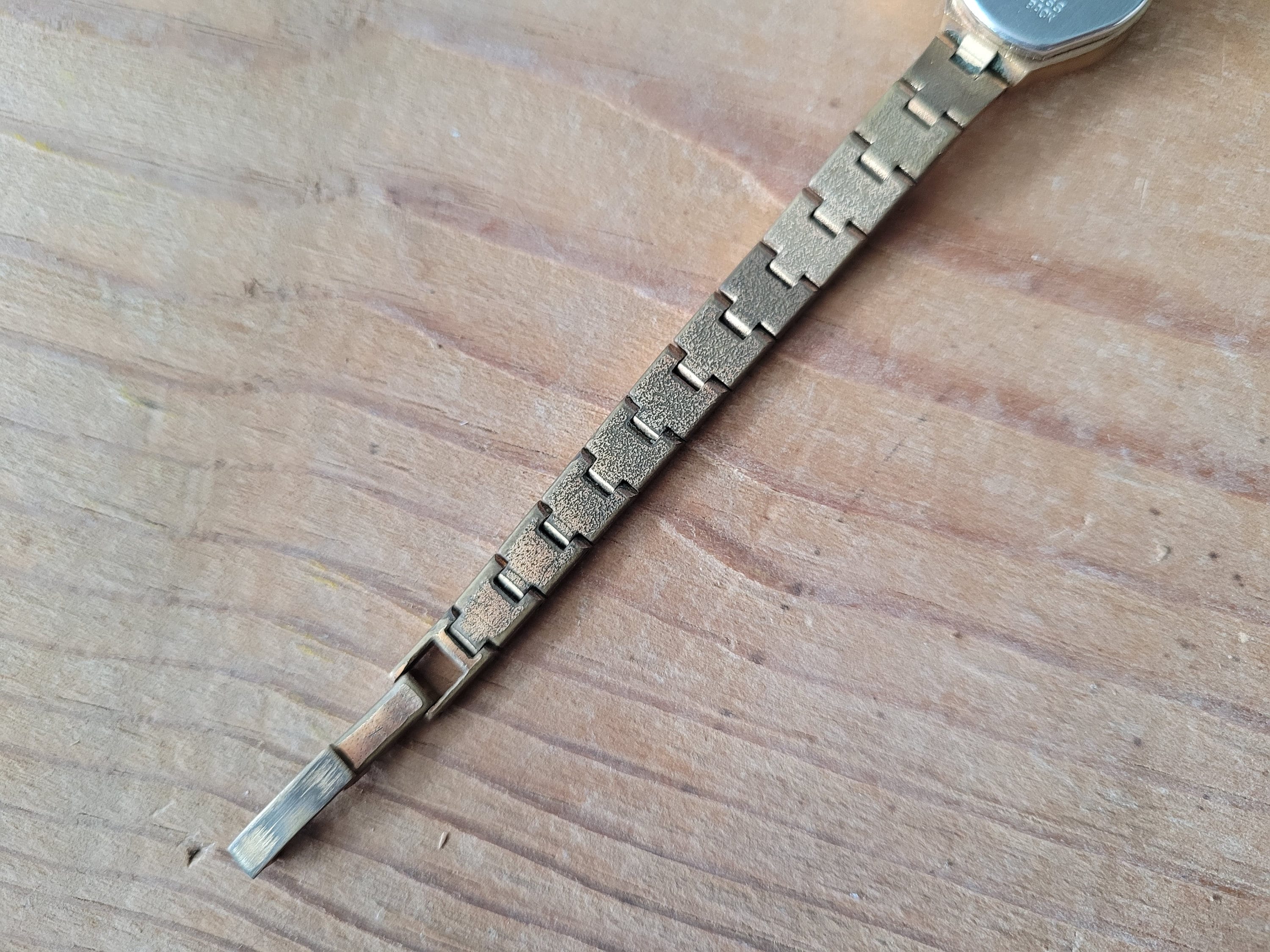 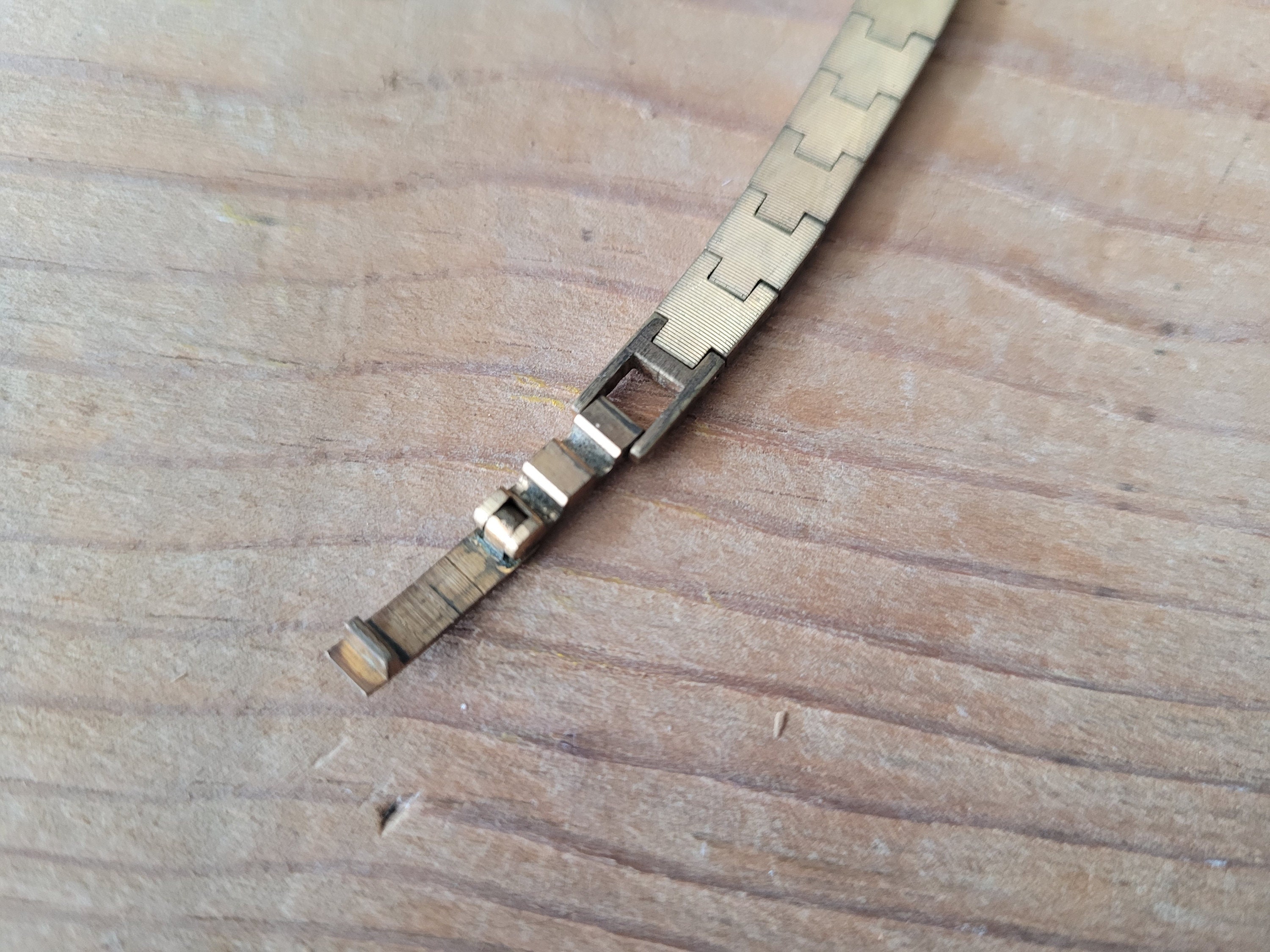 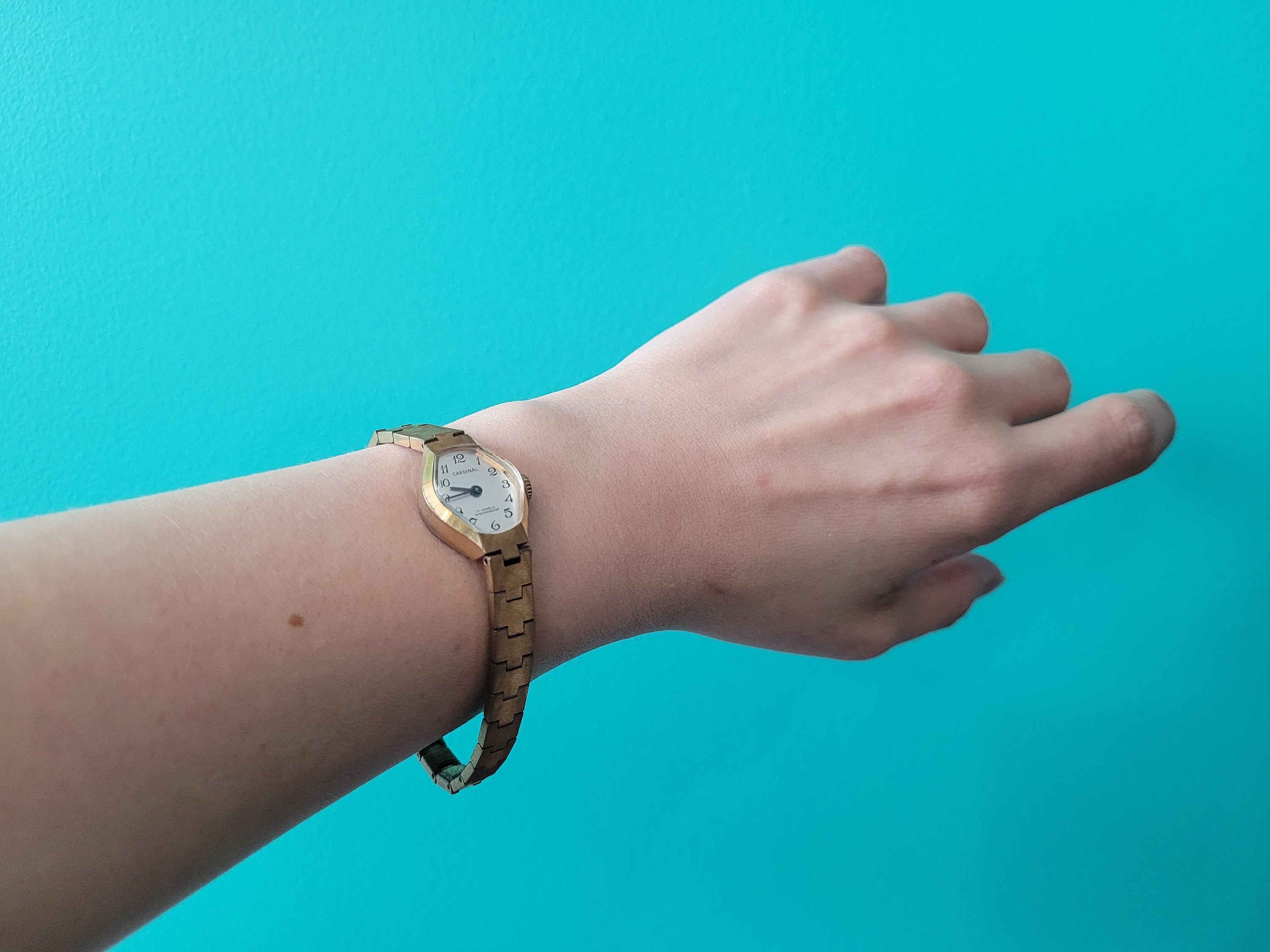 This is a beautiful vintage ladies Cardinal watch, mechanical and fully working. The watch is in used condition, having some minor scratches on the crystal and some wearing of the gold finish on the inside of the band and on the clasp. The clasp works perfect and will keep your timepiece secure, well as secure as you are. There are no major issues, it's really in quite good shape for it's age. Which I'm guessing is 60 years old give or take, couldn't find a way to exact date it.
The watch is 7" from tip to clasp and the face is 1" x 1 1/2".
It is marked as 17 Jewels and Shockproof.

It runs great, all you gotta do is remember to wind it.


The Cardinal watch brand has its roots in the Wein family (formally Weinzieher). The Wein family originally emigrated to the US from Russia and would go on to form important branches of the North American watch industry.
Rose Wenger and her husband traveled to Montreal in 1923 and founded Wenger Ltd, which today owns the Cardinal watch brand. (This Canadian enterprise was and is not affiliated with Wenger Switzerland or their sister company, Victorinox, which did not begin watch production until the late 1980s.) The Wenger Watch Company was a "compiler" – that is, rather than designing and producing watches in-house, they used imported parts and assembled timepieces for sale in Canada.
Cardinal watches were produced from the 1960s through the 1990s by numerous Soviet factories, including Raketa, Poljot, Slava, ZIM and Molnija.