Canon A-1 vs Canon AE-1 Program

Canon A-1 vs Canon AE-1 Program 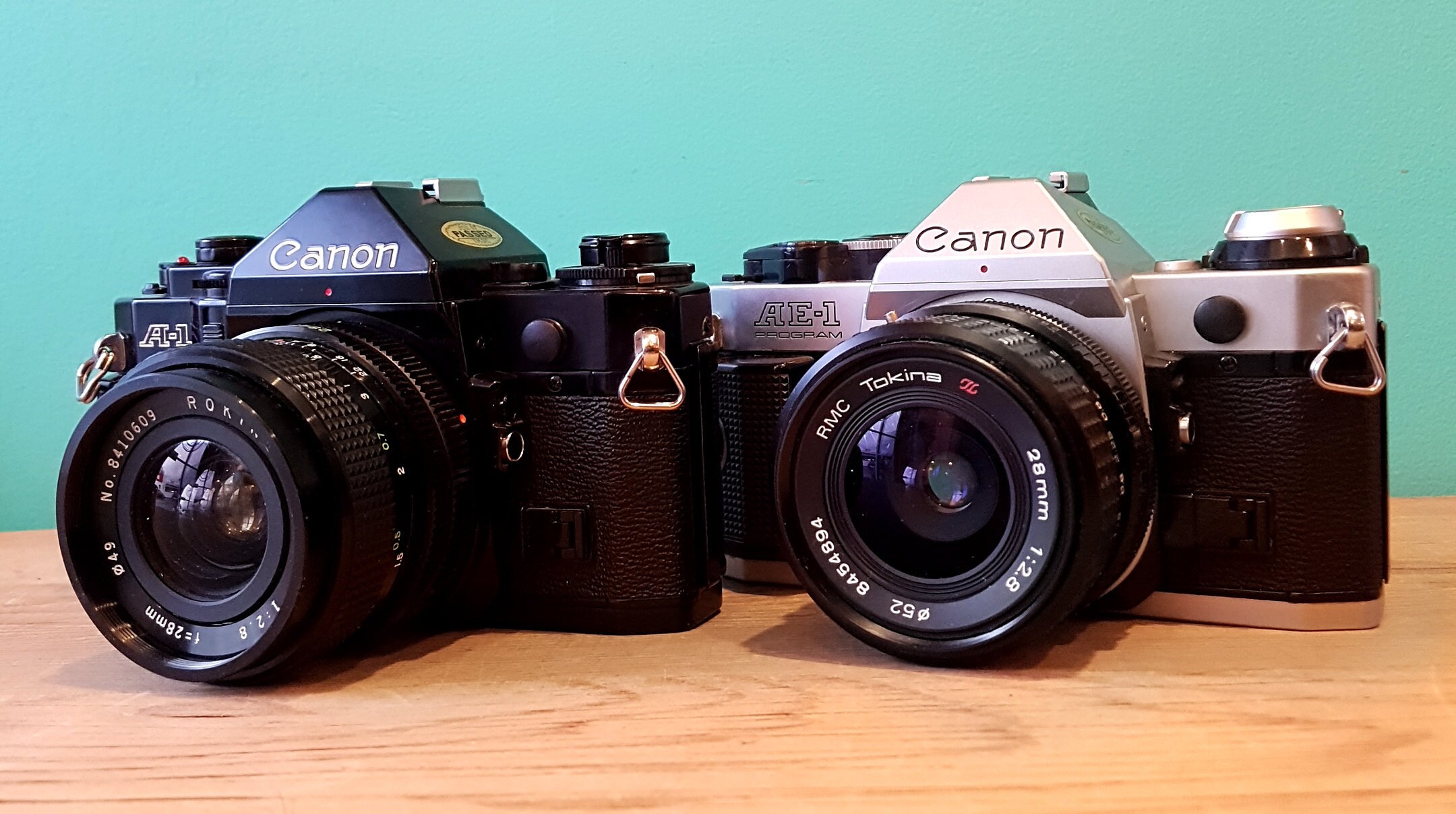 We have just gotten two fresh vintage cameras in the shop that have been getting a lot of attention with the same question being asked; what is the difference between the Canon A-1 and the AE-1 Program?

In the late 1970's and early 80's, Canon was making great advances with electronic metering and exposure control technology and both the A-1 and AE-1 Program have battery operated meters which could detect light accurately enough to allow the camera to set the shutter and aperture speeds automatically, but they do it in different ways.

When looking at online reviews comparing the two cameras we see some differences discussed that do not apply to these specific cameras we have in stock. Complaints of difficult to handle shutter speed selection dials, and a lack of Canon Action Grip on the A-1 are not a problem with the camera we have in store as it's a newer model with an updated shutter wheel and the Action Grip, both changes occuring due to customer feedback on their design.

The main difference with the A-1 and AE-1 Program other than the general styling of the camera bodies and placement of lightmeter readout, is the Program feature.

The Canon A-1 has AV mode and TV mode which are different automatic exposure settings. AV mode is aperture priority best for use when there is plenty of light and oportunities to get creative shots with lots of depth of field, while TV mode is shutter priority which is best for use with moving subjects where controlling the shutter speed is a nescessity.

Canon stepped up their automated exposure control with their AE-1 Program where instead of choosing between shutter or aperture priority and manual operation, now the photographer chooses to either adjust the settings manually or to use Program mode which calculates both the shutter and aperture, leaving them free to concentrate on composition.

In the end both are extremely popular models for a reason with millions being produced and sold, photographers the world over have relied on Canon cameras to give them the edge they need to propel their careers in to greatness. If you want lots of creative control, the A-1 has more options within their automation, but if you are seeking either manual or full automation, the AE-1 program may be the one for you.

We currently have both cameras available as well as a full kit of lenses which can help you to get the best shot in every situation. Check out our Shop section to see all our cameras we currently have in store!

Previous Post Recovering A Yashica FX-3
Next Post DIY Handcrafted Notebook With Kits From Sprouts Press!
0 items in your cart